Alex Crispin, a recent political science graduate from the Burnett Honors College, reflects on his time spent in the UCF Legislative Scholars program. Through the program, Alex got to work directly with legislative staff and learn the legislative process first-hand. He feels that the experience has prepared him for his future career in politics and governmental law, and encourages other BHC students to apply.

Growing up, he originally wanted to work in animation. “I came to the realization that I was not very artistic, which I’m sure you can guess is pretty problematic for an animator,” he says.

When he got to UCF, Crispin learned about the Legislative Scholars program through his professor and soon-to-be honors advisor, Dr. Kathy Cook, who encouraged him to apply to the program because of his strong interest in politics and law. It was soon to be one of the most memorable experiences of his college career.

The UCF Legislative Scholars program places students in full-time internship positions in the legislative offices in Tallahassee as they work alongside legislative staff, governmental agencies, and lobbying groups. They are given the chance to directly learn about the legislative process and experience the public policy-making arena.

“Alex spent the spring semester in Tallahassee learning all the aspects of helping to get bills passed and made into law. The program helped him to meet many important people in the process,” says Dr. Kathy Cook, who oversees the program. “The Legislative Scholars Program starts with a boot camp that gives students the basics of the process as well as etiquette and professionalism. The program normally has limited majors, but any Burnett Honors College student interested in law or politics can apply.”

During his time in the program, Crispin was paired with Representative Amber Mariano, a UCF alumna and the youngest elected official in the state of Florida, as well as the 2022 Speaker-designate of the House, Representative Paul Renner. “Both legislators were adamant about keeping me in the loop and very busy, which is precisely what I was looking for,” he says.

With 50-hour workweeks, his daily tasks varied — from drafting documents to attending committee meetings and heading constituent relations. “Going into the internship, I was on the path to becoming a lawyer, but I wasn’t really sure what kind of lawyer I wanted to be,” he says.

Crispin says that his experience with the UCF Legislative Scholars program taught him just how much hard work can pay off. “I had been working hard from the start of the program, getting in the office before the legislator, going above and beyond to complete my assignments, and staying in the office until the legislator left, which put me in a great light with both of my bosses.”

After the program ended, both representatives were so impressed by Crispin that they hired him as an OPS until his internship ended, giving him more responsibility and even greater opportunities.

Beyond the Legislative Scholars program, Crispin has also been involved in UCF Moot Court, the UCF Mock Trial team, and is a member of the Honors Congress and Phi Delta Phi, the legal honors society. After graduation, Crispin plans to attend law school next fall.

Crispin says that the Legislative Scholars program was essential in preparing him for his future career. “It gave me the opportunity to see, first-hand, what happens in the state legislature. But most importantly, it gave me the chance to network and meet some great people, including some very intelligent colleagues, lobbyists, and legislators."

He encourages other students to prepare for the program, as he believes it gave him a true taste of law. “Apply early, do your due diligence in the application process, and ultimately, be confident,” he says. “After this incredible experience, I can say with the utmost confidence that government law is what I would like to pursue.” 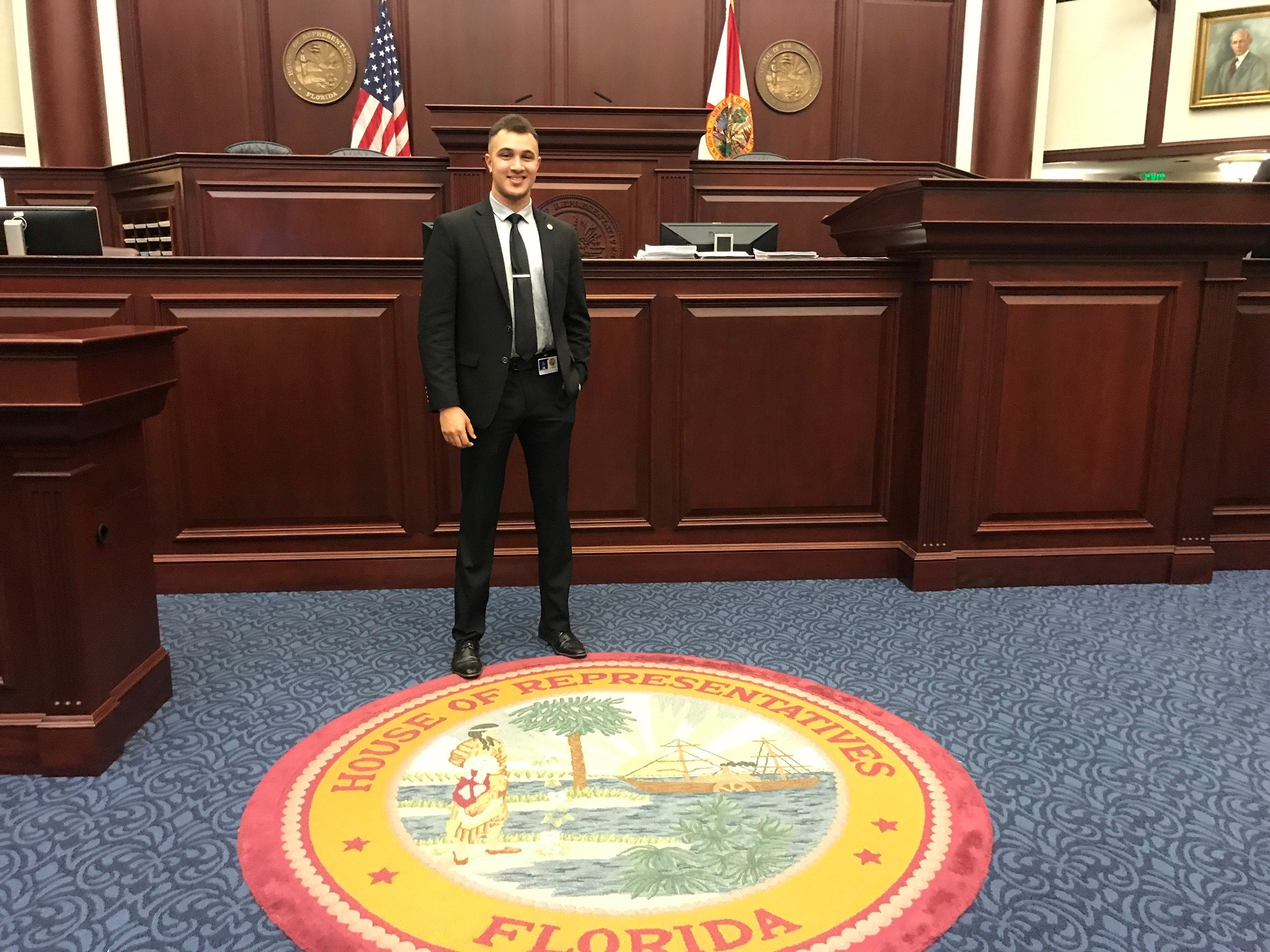 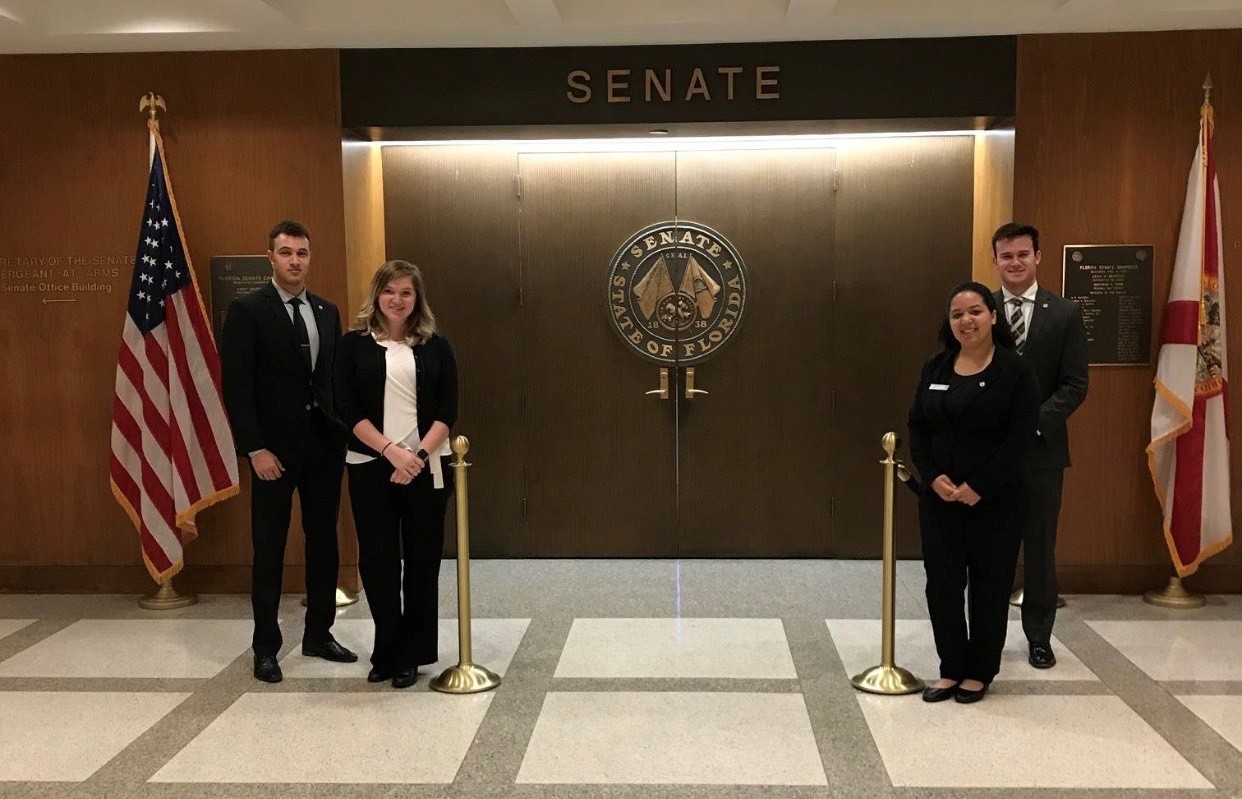 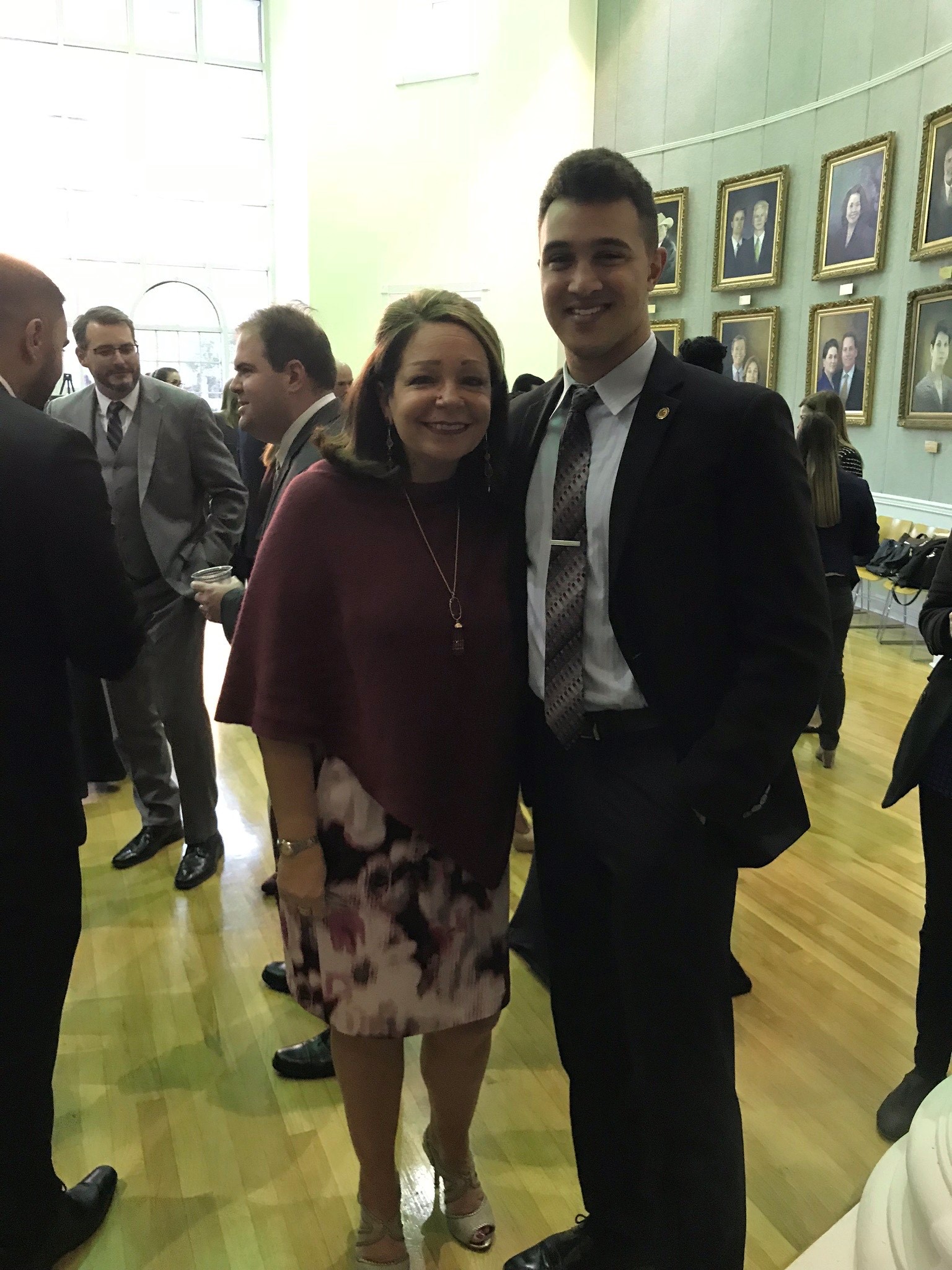 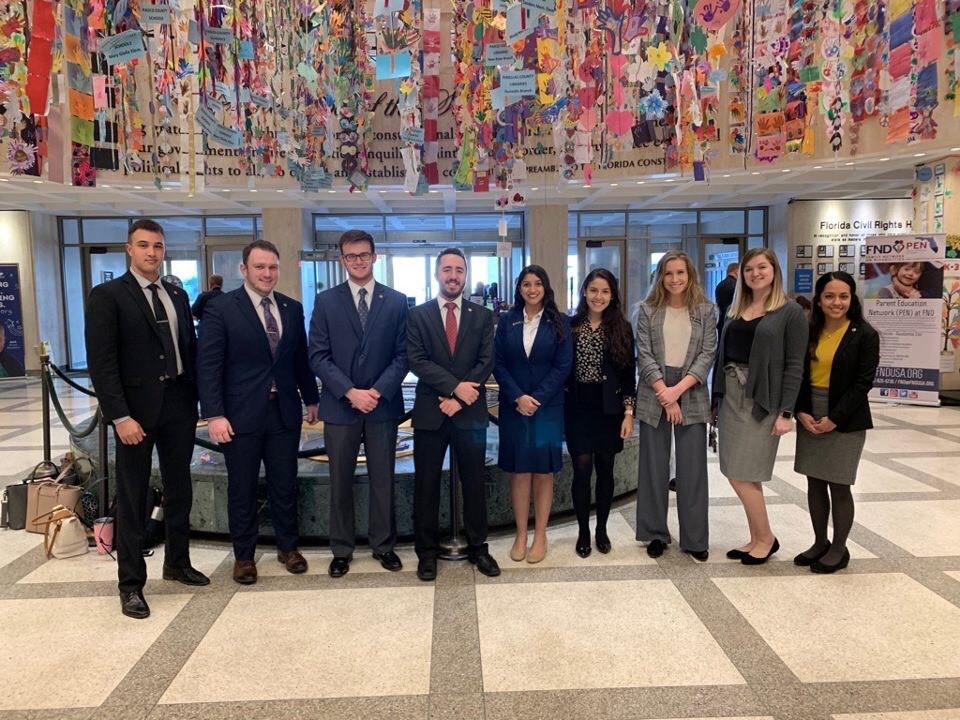