Brett Fazio, BHC Scholar and computer science major, had the opportunity to intern remotely with Apple as a member of their Core Motion team. He is an active member of the UCF programming team and has interned with Google. With an interest in finance, Brett’s long-term goal is work as a manager or principal engineer at a traditional software company or a trading firm.

Tell us about yourself. Why did you choose UCF? Why are you interested in pursuing your particular major?

I chose UCF for a few reasons. I knew I would be a part of the BHC, and therefore, would always be sure that I would be able to take the classes I wanted and have smaller class sizes. I knew that UCF had one of (if not the) best programming teams in the nation, so coming and trying to join that would be a great thing to do for someone in computer science. As far as professional development goes, UCF has given me everything I could have asked for out of a college.

I published a lot of iOS apps to the App Store, and while none of them were super popular, I learned a lot and I think they set me up for the success that I might have had so far. In high school, I also interned twice at Lockheed Martin as a software engineer due to my participation in their high school programming contest—CodeQuest—and I won an Apple WWDC scholarship. So, when it came time to pick a major, I definitely knew it was going to be computer science. I also have a math minor, as I think it will set me up better for potential quantitative or algorithmic jobs.

What has your experience been like working with the Core Motion team at Apple?

The Core Motion team at Apple is responsible for some of the iPhone and watch features that involve real world movement. For example, if you fall hard with an Apple Watch on, it can call 911 for you and potentially save your life, which involves determining what a fall is with the motion sensors. In my role, I am implementing different features that also take advantage of the motion sensor data that Apple provides.

I like the variety of work most. In my previous internships, I was doing iOS development or embedded development, but since the work here is inherently tied to the real world (if you are moving your phone, you are moving in the real world), it gives the work an interdisciplinary feel, which is engaging. As much as I’ve utilized my computer science knowledge, I’ve also utilized my knowledge of physics, math, and have learned about different fields like electrical engineering through my work. So, the ability to learn a lot is a great perk.

Everyone on my team is extremely intelligent, so being able to bounce all kinds of ideas off of them and get their feedback and input really helps me do better work and become a smarter person.

What experiences (leadership, study abroad, research, internship) have you had so far while at UCF? What did you learn from them - how do you think they helped you get where you are today?

Most of my experiences so far have been outside of UCF, except for the UCF programming team. I did competitive programming in high school and have been on the UCF team for the last two years. We compete in the International Collegiate Programming Contest, solving math and programming problems similar to what one might find in a quant or computer science interview. I always found solving the problems and competing engaging, and it has also been a great networking opportunity. Companies such as Google, Facebook, and Microsoft have sent multiple representatives to just talk to 15 of us, so there are a lot of opportunities to get one-on-one time with them.

External to UCF, I’ve participated in two internships and worked at one startup. Coming into college I was working on a cryptocurrency trading app called Ambo with some people I met at an Apple scholarship event (WWDC). I did a lot of iOS work there. About midway through my freshman year we sold the company to MyCrypto. That was a fun experience, as I got to do real-life startup work, build something from the ground up with my friends, and talk to high-level employees at other companies.

The summer of my freshman year I interned at Google in Mountain View. I was doing iOS work on one of their frameworks teams. That was a great experience because it was just like the movie The Internship (a movie about interning at Google) showed. On my first day, me and my roommate had about 3 lunches as we could just keep going up and getting more; we had sushi, Cuban sandwiches, and pasta before we were too full to eat more. I also got to ride the Google bikes to my office every day, which gave me a nice exercise before and after work. I’d consider this my first real “Silicon Valley” experience and it helped shape my idea of what kind of work goes on there and what I’d like to do.

What is your long-term goal/future plans? How is the BHC helping you to achieve these goals?

I am graduating this [coming] spring and my goal after graduation is to either work at a traditional software firm, such as Apple or Google, or a trading firm because I really enjoy the financial applications of math and computer science. I have not accepted an offer yet, so I don’t know exactly where I’ll be headed.

My long-term goal career-wise is eventually to either become a principal engineer or a manager of some sort. With those roles, the problems you are tackling become more high-level and nuanced. While the immediate technical challenges of an engineer are cool, I think changing to a more high-level engineering [work position] will be refreshing.

I would say the BHC is helping me to achieve those goals by giving me access to better networking opportunities with other students and professors. Most of the people I know at UCF are also members of the Burnett Honors College, and most of the professors I’ve engaged with are ones [that] I took honors classes with. In the honors classes, it is just much easier to meet the other kids in your class and really get to know your professor.

What advice do you have for other students who may want to follow a similar path?

My advice for students who want to follow a similar path is to take advantage of every opportunity presented to them and follow the philosophy of "saying yes and learning to do it later." From what I've seen, a lot of people seem to forgo a lot of opportunities and believe that they aren't good enough to apply to different things yet, and I think that's wrong.

People can get internships starting from their freshman year—there are tons of internship opportunities specifically for freshman that you should definitely take advantage of. After that, there are thousands of different scholarships, programs, and internships to apply for, [so] definitely try to apply to as many as you can.

There are also many events on campus hosted by Microsoft, Facebook, Google, Twitter, and others. Go to those! I've attended those and for some, I was able to get an on-campus interview and also just network directly with their engineers and recruiters. And as far as passing the technical interview, which a lot of people stress about, I'd recommend trying out for the UCF programming team and even attending practices if you don't make the team. We practice every Saturday, and the problems are in a similar vein to what you would see in a technical interview, so it will really boost your confidence and abilities. There's also usually a lecture beforehand to prepare you for new types of problems. 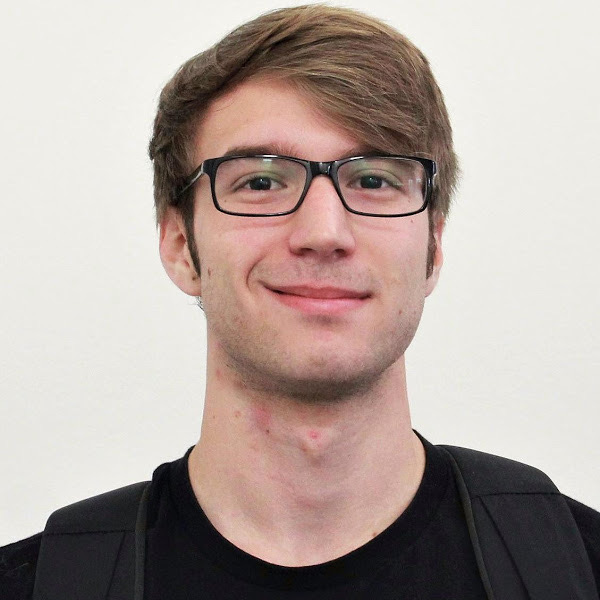 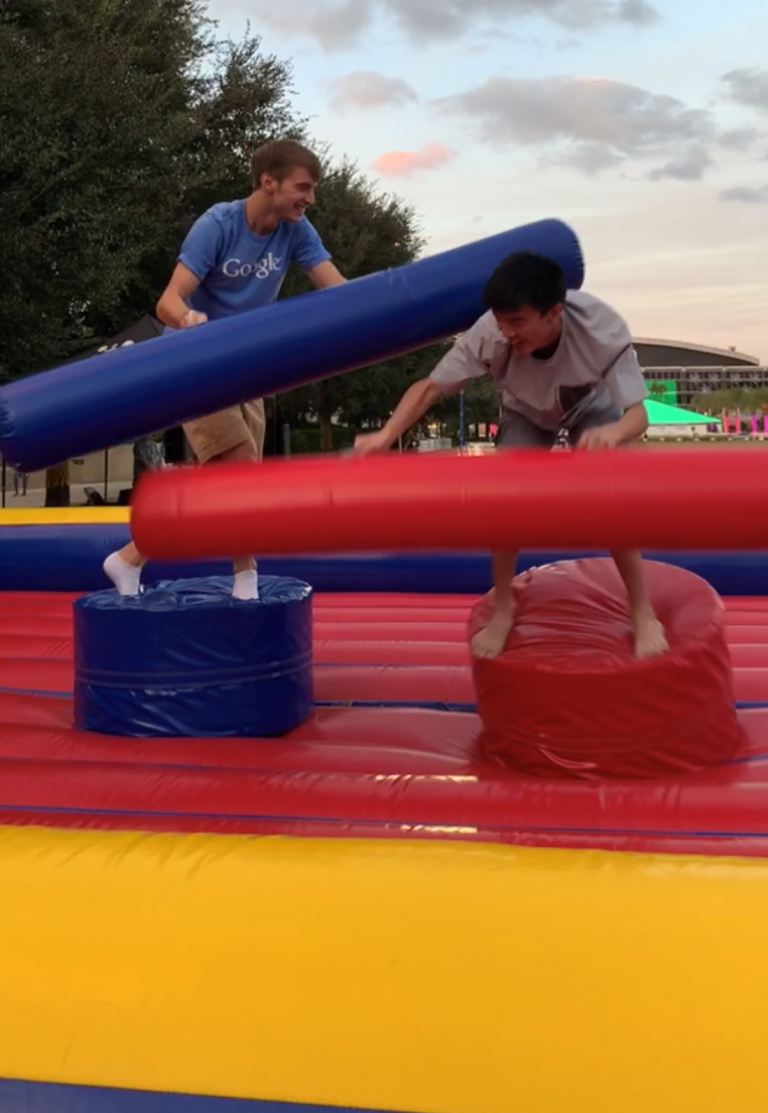 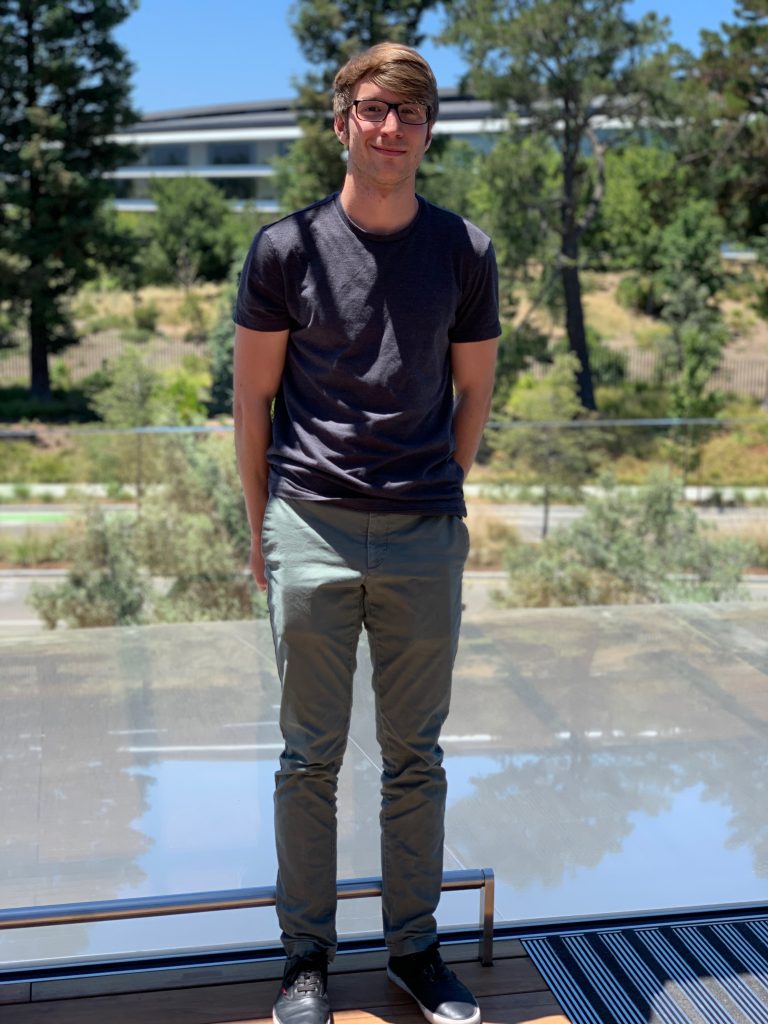