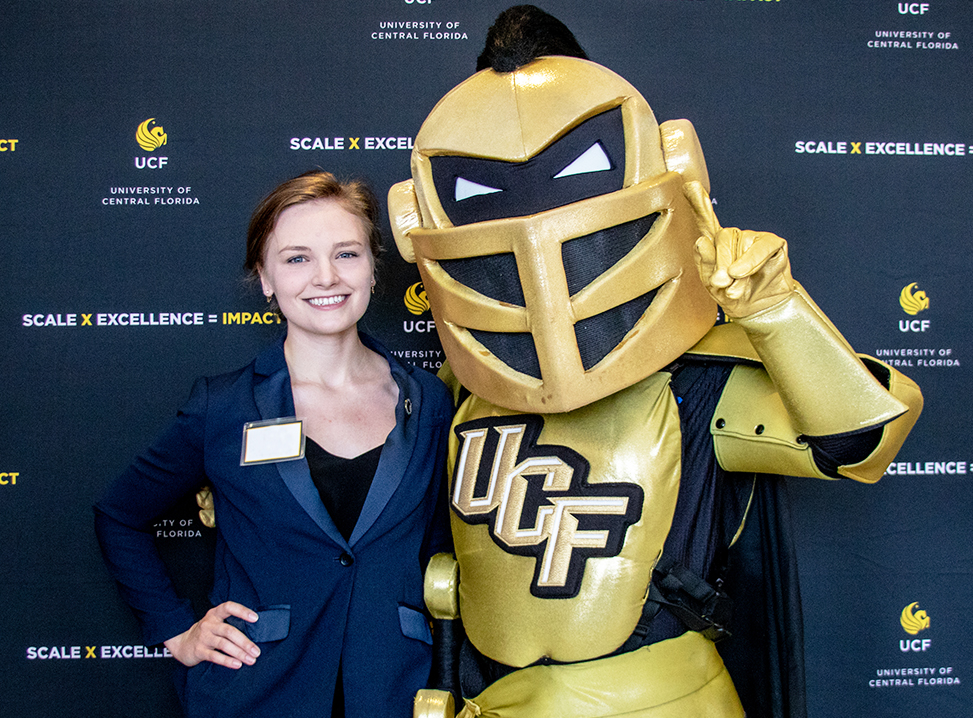 Assessing the Toll of Chemical Warfare

Jenna Dovydaitis has been interested in the intersection of public health and international security ever since she can remember.

Growing up, the political science and biology double major and Burnett Medical Scholar says, “my version of the superhero was always that doctor that saves the day from a super disease that takes over the world.”

That passion for science and geopolitics has only grown at UCF. Working under the supervision of Dr. Güneş Murat Tezcür, chair of UCF’s Kurdish Political Sciences program, Dovydaitis has been working on an honors undergraduate thesis examining the medical and political ramifications of the Anfal campaign, an infamous chemical weapons attack perpetrated by Saddam Hussein’s regime in the late 1980s that resulted in the genocide of an estimated 50,000-100,000 Kurds.

The risk of chemical weapons being used in future terrorism attacks makes this a particularly salient topic for study, Dovydaitis said.

“There’s a saying that ‘biological weapons are the poor man’s atom bomb,’” she said. “These weapons are actually quite easy and inexpensive, from the science standpoint, to create. And so a lot of terrorism scholars predict their usage is only going to continue as the future of war and conflict develops.”

As she read the existing literature on Anfal, she learned about the lingering health consequences of being exposed to mustard and Sarin gas – a long list that includes chronic respiratory ailments, burns, damage to the eyes and an increased incidence of cancer.

“But what I didn’t find a lot on was how a society recovers from such a massive incident of chemical warfare,” she said.

To get those answers, she would need to go to Iraqi Kurdistan, a country nearly 7,000 miles away that she had never stepped foot in. Fortunately, her program of study gave her a way in.

“The Kurdish Political Sciences program is really well connected to the university system in Iraqi Kurdistan, and so we have many connections to professors and politicians in that area,” Dovydaitis said.

Dovydaitis spent two weeks doing on-the-ground fieldwork this summer, shuttling between the capital city of Erbil and other areas affected by the genocide. There, she interviewed the former deputy minister of Anfal and Martyrs, Baravan Hamdi, as well as activists, politicians, medical professionals, town council members and government lawyers.

She also met with survivors, documenting first-hand accounts of the genocide’s emotional and psychological toll. In the mountainous rural town of Halabja, “I met a mother who lost all of her children,” she said. “I met a father who lost his wife and children, people losing eight to ten family members in a day.”

“I can’t even begin to imagine how horrible that would be, to lose all of my siblings and the people I love in a single day. It didn’t seem like anyone I met in that town wasn’t somehow affected by what happened.”

The experience left a profound impression.

“I had an academic understanding of my topics of study before I got there,” Dovydaitis said. “But it really was quite different to meet the people who are actually affected by it, and to gain a sort of emotional understanding. And now I feel this great sense of responsibility to do them justice in my thesis writing.”

Dovydaitis plans to work in government after going to medical school and says her thesis fieldwork was a “transformative” experience.

“It’s different reading about it in books and doing assignments about your future career, and then doing something that would be like your future career,” she said. “It’s reassuring that what I’ve been saying I’ve wanted to do for a long time is actually what I want to do.” 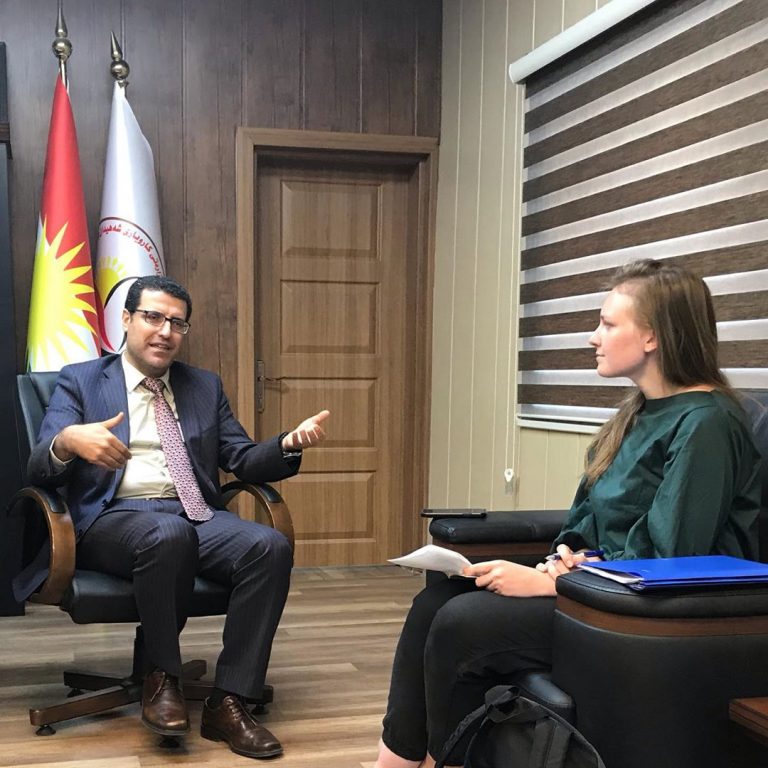 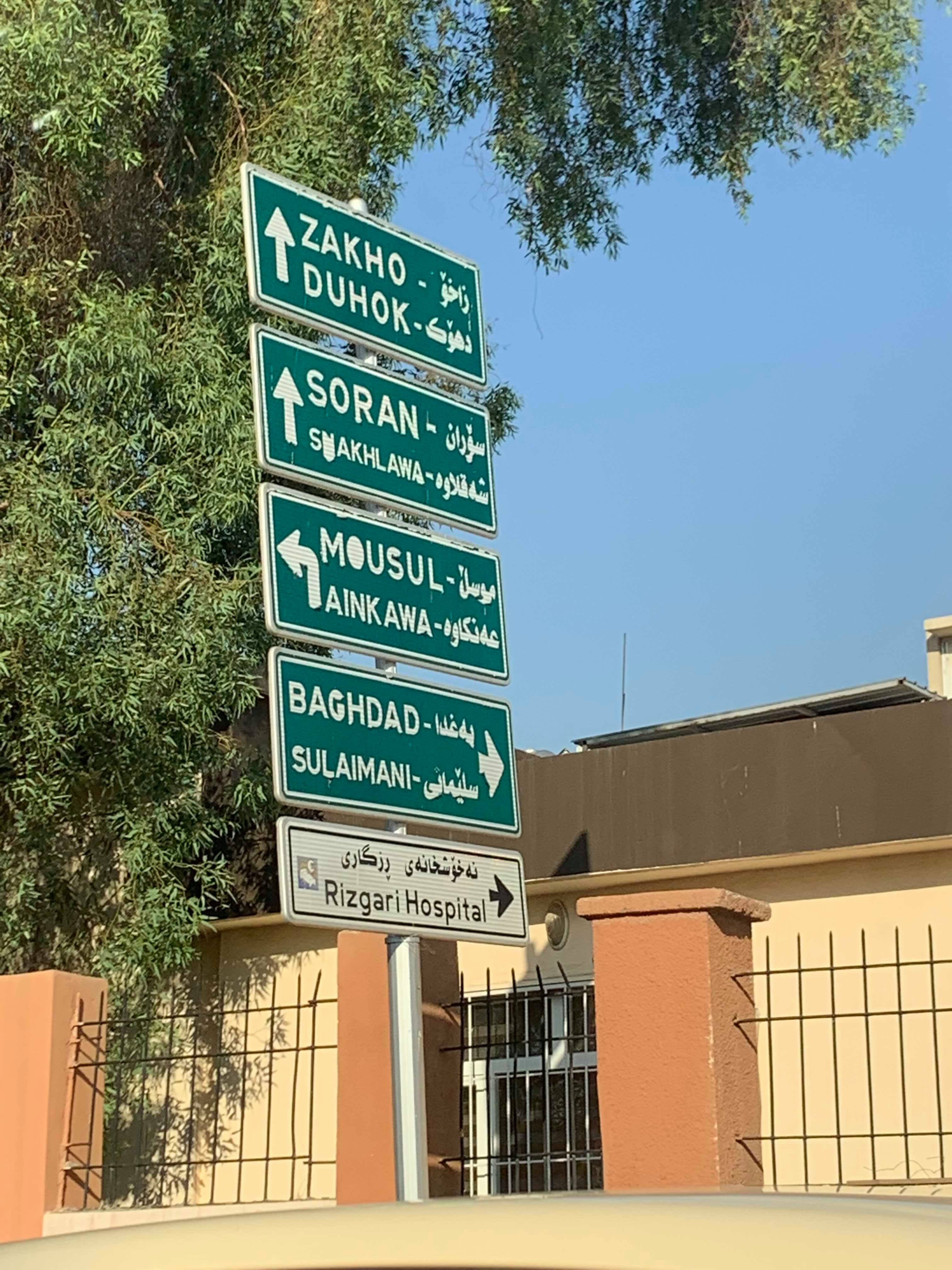 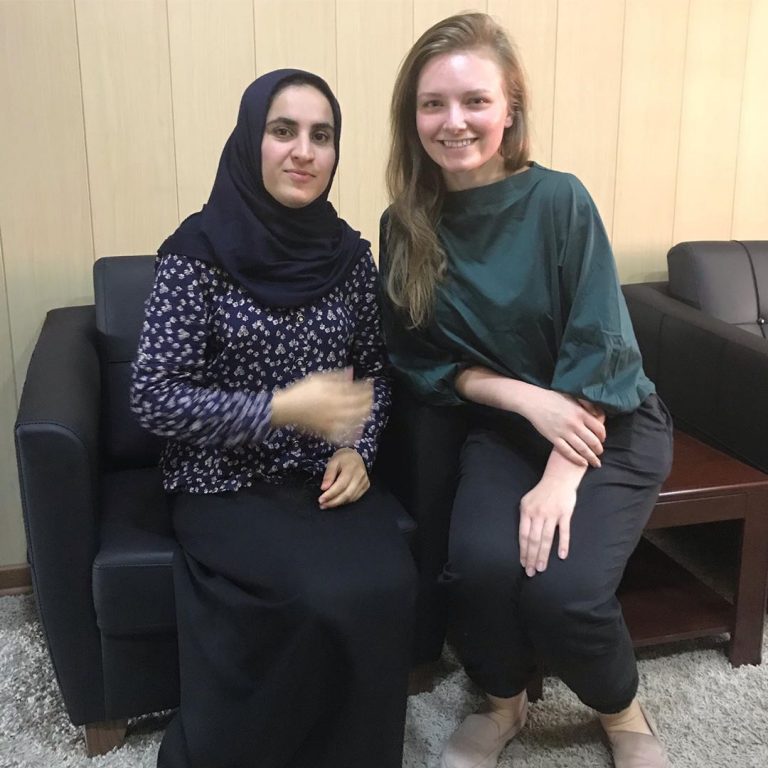